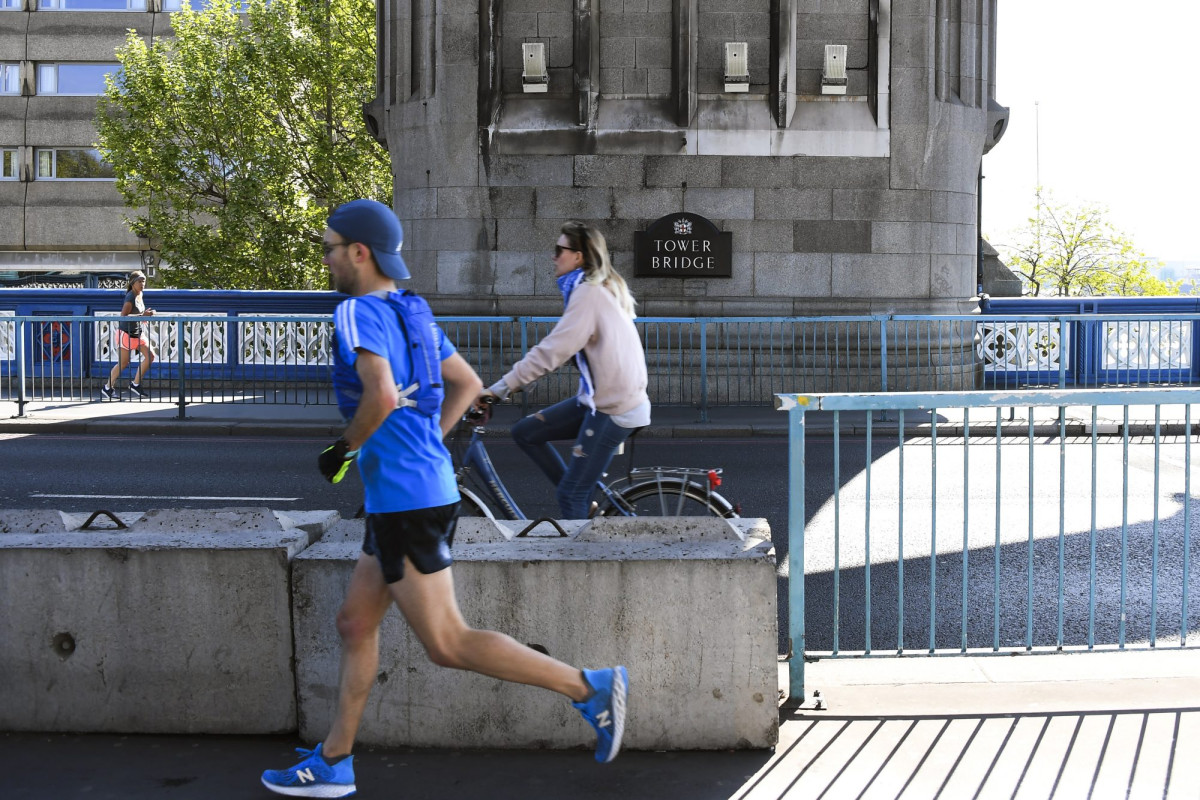 The coronavirus lockdown may have meant the London Marathon couldn’t take place at the weekend – but it hasn’t stopped Brits raising millions of pounds for UK charities.

After it was announced that the famous race would have to be postponed, many of those who were due to take part decided to raise money for their chosen causes anyway.

And yesterday, the brand new 2.6 Challenge raised £4.6million as brilliant Brits ran, swam and walked around their homes and gardens.

Participants picked any physical activity relating to the numbers 2.6 or 26, the number of miles in a marathon, as well as the date the event would have taken place.

One family even walked a full marathon – on their 11-foot balcony.

Ruth, 87, Charles, 58, Deborah, 57, and James Montlake, 31, carried out the ten-hour, 4,000-lap challenge to raise funds for research into blood cancer myeloma after Charles was diagnosed with the illness last year.

Others, including runner Frankie Lynch, ran 2.6 miles along the marathon route, even finishing at the world-famous Mall, while mum-of-two Anna Bassil has dressed as a birthday cake to run in her back garden.

Actor and comedian Stephen Fry posted a video on social media of him attempting to use a cricket bat to hit a ball into the air 26 times in a row.

He said he would auction the bat, which is signed by members of the England cricket team, in support of the Ruth Strauss Foundation.

Lynn Hedgecoe, from Chester in Cheshire, will walk 26 laps around a six-acre field opposite her house in 26 different outfits.

The 68-year-old has so far raised more than £2,000 for the heart screening charity Vital Signs Foundation.

Meanwhile, five-year-old Henry Edwards, from the village of Miskin in South Wales, ran 26 miles across 10 days, raising more than £9,500 for the bereavement charity 2 Wish Upon A Star.

His mother, Katey, 39, who completed the challenge with him, said: “I always knew Henry was a good walker, but I never realized he could run the distance so well.

“We started every day at 10am and everyone from the village has come out clapping and cheering from their doorsteps.

“Today was the closest you could get to running the London Marathon without running it, in terms of atmosphere.”

Charity worker Sophie Allen, from Romford in London, swam 2.6km in a small pool in her garden.