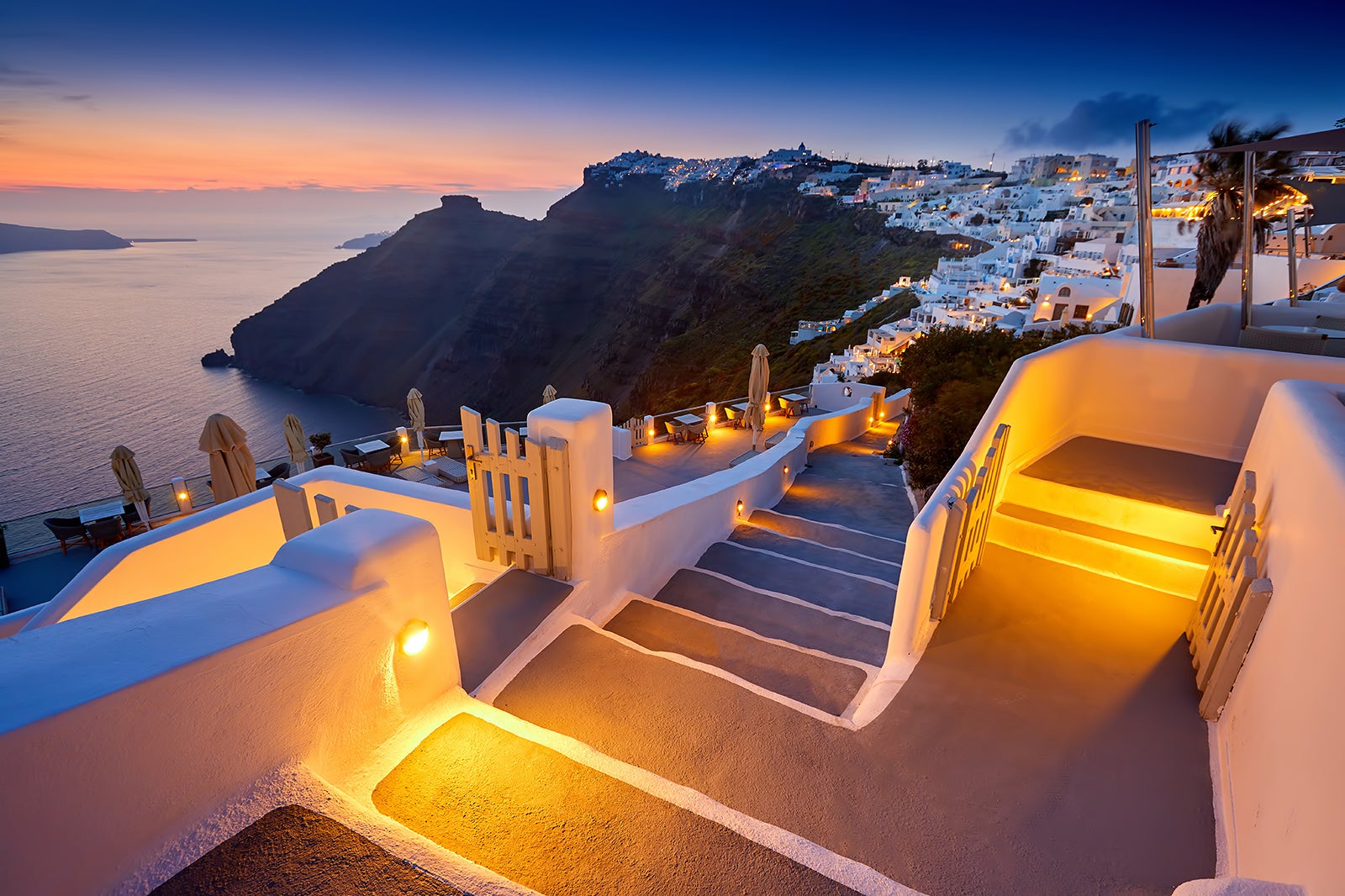 Santorini is undoubtedly one of the most beautiful Greek islands and one of the most important tourist attractions of our country, with its photos traveling across the length and breadth of the universe. Find Santorinitours.org at Emporio 847 03, call us on 694 457 7918 and take a Santorini private tour. The uniqueness of the Caldera, the whitewashed houses that seem to hang on the cliff, the donkeys that roam the cobbled streets, and the magical Mediterranean sunsets make it special and differentiate it from the rest of the Cyclades.

In the summer months the island is “sunk” by visitors, who come to experience the authentic Greek summer. But, how authentic is the reality they face when arriving on the island? The truth is that both Fira and Oia are the most popular destinations on the island, as a result of which they gather the most people.

Most hotels and nightclubs are located there. But beyond the crowds at sunset, shopkeepers take to the streets to persuade you to enter their store, and billboards, umbrellas and plastic chairs distort the landscape and traditional perspective.

One of the most famous tourist destinations in the world, Santorini or Thira, has a long and literally dark history, which is often literally drowned in the ashes by the eruptions of its volcano.

The Cycladic Civilization had flourished long before Ancient Classical Hellenism, with the standard of living of the inhabitants of Santorini and the surrounding islands reaching perfection as early as 1700 BC. where Akrotiri was a complete and rich city.

Then followed the Minoan eruption, which sank to the ashes not only Santorini but also the surrounding islands. In fact, it is called the Minoan Explosion because it was probably the reason why the Minoan civilization was destroyed by the ashes.

The volcanoes of Santorini, such as the underwater Columbus and Nea Kameni, remain active along with those of Methana, Milos and Nisyros and all together constitute the volcanic arc of the Aegean.

Northern extension of Chora is Firostefani. From here and from Imerovigli you will be able to enjoy a wonderful view to the Caldera. In fact, Imerovigli is a traditional settlement built at the highest point of the Caldera.

Apano Meria, in the northern part of the island, includes the settlements of Oia, Tholos, Perivolos and Finikia. Oia is world famous for its sunset, while here is the castle of Agios Nikolaos and the old port, Ammoudi where today are gathered beautiful taverns with fresh fish.

Pyrgos: a village work of art

Apart from the above basic “stops” of the island, it is really worth seeing the medieval village of Pyrgos, Kontochori, Vothonas, Messaria, Megalochori as well as the famous beaches, with unique Perissa, Perivolos, Kokkini, Columbus and Vlychada.

Pyrgos in particular, is the best preserved settlement on the island and is only 7.5 km from Fira. It is built on the slope of Profitis Ilias and will excite you with its simple Cycladic architecture and its unique aesthetics. You will wander in alleys, where each building is a new surprise, and you will admire the careful and highly aesthetic architectural infrastructure of the village. In fact, in recent years, Pyrgos has become an ideal base for your holidays since its distance from the central Fira is very short, but also the businesses that have been developed here are remarkable and careful.

Monolithos is a coastal village of Santorini, on the east side of the island, 8 km east of Fira and is home to 405 people. It belongs administratively to the Local Department of Messaria of the Municipality of Thira. The village got its name from the big rock, Monolithos, on which the church of Agios Ioannis has been built.

In Monolithos is the State Airport of Santorini, and the only tomato factory that operates today and belongs to the Union of Thera Products Cooperatives.

On the beaches of Monolithos you will find the famous black sand of Santorini, which is really fine sand and not pebbles, as in most beaches of the island. In fact, in winter the sand fills the whole area and the road.